It can be said that Queens, New York, holds a universe within one borough. In this Eastern NYC enclave, you’ll find beachfront property, quiet suburban streets, bustling shopping locales, and tree-lined urban blocks as wide as highways. No matter what type of home you envision living in, you’re bound to find it after moving to Queens!

In addition to diverse living environs, Queens encompasses the world entirely, when it comes to ethnic and cultural diversity. People from every corner of the world have found their way to this eclectic borough, where all are welcome and accepted as true New Yorkers. This diversity translates into a shopping and eating extravaganza that is unparalleled anywhere else in the U.S. Even if you just take a walk down Steinway Street or Astoria Boulevard, you’ll see an international array of enticing restaurants, interesting shops, and people from all walks of life.

If you’re thinking about moving to this family-friendly and unique borough, here’s what you should know before you call it home.

What to Know About Queens Before Moving Here

Finding your way around Queens can be daunting, until you get the hang of it. Before Queens officially became part of New York City, it was a conglomerate of widespread, unconnected villages, without a consistent and navigable address system. Miles of farmland and uncultivated forest areas made it impossible to create an intuitive street address system. In 1898, Queens incorporated into New York City, and its villages turned into neighborhoods.

A grid system with street names was designed, but as any Queens denizen will tell you, not very well. In some areas of Queens, you may have streets, avenues, roads, terraces and drives with the same numerical delineation, such as Second Avenue, followed by Second Road, followed by Second Drive, and so on. In others, you may not see this same pattern.

If you don’t know where you’re going, you can easily get lost. The good thing is, Queens is very friendly, so if you lose your way, someone you meet will be bound to help.

Is Queens part of Long Island?

That would be a no, although the debate has been raging on, since Queens became a borough in 1683.

Just like the borough of Brooklyn, Queens is technically part of Long Island’s westernmost end. However, both of these boroughs are more in tune with the pace and cultural life of New York City than with the suburban feel of Long Island living. Queens, however, bridges both worlds, literally and figuratively. After moving to Queens, you’ll find suburban pockets where life slows down, at least by New York City standards. You’ll also find gorgeous seafront property worthy of any Long Island locale, starting with windswept Rockaway Beach and stretching through to the private, cloistered community of Breezy Point.

What is Queens known for?

Queen’s most iconic and beloved symbol is the Unisphere, located in Flushing Meadows Corona Park. It was commissioned for the New York State World’s Fair, which took place here in 1964-5. The giant structure represents every continent on the planet and was built around the theme “Peace through Understanding.” It underwent renovation in 2010.

Cost of Living in Queens

If you’re planning on moving to Queens from states where the cost of living is lower than the national average, you’re going to experience some sticker shock. Queens is part of New York City, after all. However, Queens is way more affordable than many U.S. urban areas and significantly less expensive to live in than Manhattan or most parts of Brooklyn.

Medians according to the U.S. Census Bureau:

Thanks to its many high-quality public schools, diverse population base, and wide range of cultural and sporting events, Queens is a wonderful place to raise children.

According to Great Schools, some of Queen’s highest-ranked public schools for academic performance and equity include:

Things to Do in Queens With or Without Kids

Baseball – Of course, Queens is home to the New York Mets, the baseball team New Yorkers either love, or love to hate. Next time you plan to take in a game, give yourself an extra hour to tour the Mets Hall of Fame and Museum, located within Citi Field.

Tennis – If tennis is more your thing, you’ll appreciate the proximity to the Arthur Ashe Stadium, home of the U.S. Open.

Boating – Whether you’re a participant or a spectator, nothing is more thrilling than dragon boat racing. This ancient Chinese sport found a home in Queens over 30 years ago, with immigrants who brought their love for it to a new country. Rain or shine, the annual, free Hong Kong Dragon Boat Festival takes place in Flushing Meadows Park, and features events the entire family will love, including parades, music, dancing, and of course, the traditional, fast-paced boat race.

Come for the property values, stay for the shopping.

From malls full of name-brand stores, to specialized, family-run shops of all kinds, Queens has enough stores to get and keep your shopping mojo humming, 24/7.

Take Aigner’s, a Forest Hills chocolate and confectionery shop founded in 1930, and currently owned by lovebirds Rachel Kellner and Mark Libertini. These two adore Queens almost as much as they love chocolate. “We live in a borough that feels like suburbia, even though we are a stone’s throw away from all the best museums, theater and restaurants. There’s a strong sense of community in our neighborhood. That’s one of the biggest misconceptions of living in NY, because people often feel like it’s cold and isolating. We feel fortunate to both live and work here,” says Rachel.

Another must for foodies is family-run Cassinelli Food Products, in Astoria. This tiny enclave of all-things pasta features uncompromising service and quality. The store sells its own line of ravioli, tortellini, and mouth-watering Italian pasta sauces and cheeses.

In Queens, kids don’t get to be bored. There are over 20 museums, and unending places of cultural interest, peppered throughout the borough. There’s even a working farm, which is classified as a museum. No matter what your family’s interests, you’ll never run out of imagination-boosting activities to do.

Some places to spend rainy-day weekends include:

Whether you’re empty nesters who love to eat out every evening, or a couple of harried parents that only get to enjoy an occasional date night, you’ll love Queens nightlife. Here you’ll find live music, raucous beer gardens, and intimate restaurants that boast every type of cuisine imaginable.

Some places to put on your check them out list include:

There are many welcoming neighborhoods in Queens. Each has a distinctive style and tempo, as well as a unique architectural feel. Here are some places to consider making your home.

Known for its large, Greek population and close proximity to Manhattan, Astoria is home to some of the loveliest city blocks you’ll find anywhere. Small, semi-detached homes with tight vegetable gardens abound in this middle-class bastion, where property values have soared since the early 2000s. It’s been discovered of late by young up-and-comers who feel priced out of Manhattan’s more expensive rental scene. Such was the case of Natalia ‘Saw Lady’ Paruz, a current Astoria resident who has lived here for over 20 years.

“As a musician, I found so many opportunities to perform locally, and initiating performances was so much easier than in Manhattan. For example, I suggested to the local bank and also to the local post office that I could play music for the people waiting in line during the week leading to a holiday and it was enthusiastically accepted. Here in Astoria, my husband and I get to enjoy Manhattan without paying Manhattan living expenses.”

This gentrified neighborhood is lovely to cruise through, and genteel to live in. Tudor-style homes with interesting features, such as sunken living rooms and half-timber framing, dot the landscape. There are miles of local hiking trails in nearby Forest Park, and excellent shopping.

This friendly, laid-back neighborhood is not just a summer paradise for day-trippers. It’s a magical place where neighbors know each other, and look out for each other. Years after Hurricane Sandy laid it bare, the Rockaways have emerged stronger than ever, with property values to match. If you’re moving here and work in Manhattan, you’ll get to know the QM16 express bus, which gets you there in about an hour plus.

If money is no object when moving to Queens, you may wish to think about buying a larger-than-life home in this safe and quiet locale, known for elegant living. It’s chock full of excellent private schools, large front lawns, and that million-dollar hush that’s so rare to find in any city.

Friendly neighbors and low property taxes have been a draw to this middle class oasis for decades. It’s filled with small-to-medium sized, fully-detached homes, plus access to a boat slip and marina. Some of the best public schools in Queens are here, as is lots of shopping and restaurants.

Related: Best Neighborhoods in Queens, Depending on Your Personality

When you’re ready to move to Queens…

Whether it’s across the street or across the country, moving can be challenging. In addition to finding just the right spot, you’ll have to spend some time acclimating to a new routine, and new systems. Things to keep in mind include:

No matter where in the world you currently call home, Queens will be a refreshing change, and a new start. Get ready to move up a notch, and feel free to call us when you do. 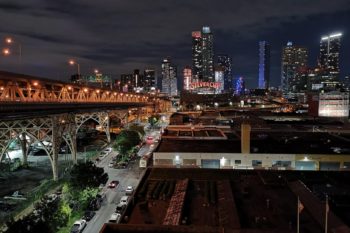